head and shoulders above the rest

We got out of the taxi at the Madras train station, pulled our backpacks out of the trunk, swung them onto our backs, and huddled together to get our bearings. It was easy to see where we were supposed to be headed. As 8 white Americans in that churning brown sea of South Indians, we were all at least a head taller than anyone else.
These 7 university students had never been to India. Most of them had never been out of the U.S. at all! It was my job to guide them - culturally, emotionally, and physically - through India.
Standing there in front of the station, the smells that were undeniably “Madras” seemed to rise up with the heat from the steaming pavement. I fended off the inevitable string of taxi drivers and ‘tour guides’ and pleaded with these college students to ignore the growing swarm of scruffy child beggars. Making sure everyone understood which train we were going to catch, reviewing the procedures we’d follow to get our tickets and get on the train, explaining how to find the platform in case they got separated from the group, and reminding them to vigilantly protect their valuables, I smiled, looked them in the eyes, and took a deep breath.

“Now, let’s go. And try to look inconspicuous.”
There’s no escaping who we are. Our personality, our histories, our mannerisms and physical presence, often our very skin, becomes even more conspicuous in a new culture. Some of us, oblivious to how very conspicuous we are, carry on in expat life much the same as we did back home. Perhaps that makes life easier. It also cuts off any opportunity for self-awareness, personal growth, and expanding our capacity for relationship or even enjoying people and experiences outside those we already feel comfortable with.
I’ve also observed another group of expats. People who deny who they are in an attempt to belong, to fit in, to be inconspicuous in a new culture. It’s especially obvious when those people are Americans. You can identity these people by such remarks as, “I’m not like those Americans”, or “Those Americans ______ (fill in the blank with something negative.)”
I understand it. (In fact, I’ve done it!) Our dominant culture (the one that’s marketed so successfully all over the world), our history, even our own families or forebears have not always looked good or done good. It’s tempting to distance ourselves from a sketchy history, an unjust system, or the negative perceptions of Americans that dominate the world in this era in history.
But there is no escaping who are. Even if we change our geography, our values and behaviors, our citizenship, those of us who have been brought up in the U.S., whose personalities, histories, and sense of self have been molded by the hands of American culture, we are Americans. And that’s not a bad thing.
Every culture, every race, every peoples are not all bad – or all good. If we can’t embrace both the good and bad of our own culture, our own social, political, historical and racial identity, then we are not able to embrace others, either, with all their good and bad.
Cross-cultural living is an immense gift. We can toss it in the trash, and carry on as if we are all good (or at least ‘better than those people’) and have nothing to learn from others. We can try to ‘look inconspicuous’, disconnecting ourselves from the very things that have defined us.  (It all gets to be a bit ‘emporer’s new clothesish’ unless you have a true friend outside your own culture who’s willing to tell you just how ridiculous it is to think that you’re ‘not like those Americans’, no matter what your personal values or foreign policy.)  Or we can accept who we are, the good and the bad, offering the gift of our true selves to others. Not because we don’t need to change. But so that we can. As we become aware of – and accepting of – who we are, we can make choices that honor others without dishonoring ourselves.
Posted by Becky Stephen at Monday, March 21, 2011 1 comment:

Not having grown up in a liturgical church, the 'church calendar' and some of the traditions that many Christians around the world take for granted force me to do what, I think, those seasons and traditions are intended to do: make me think.
Today Lent begins. I'll leave the historical explanations and theological musings to others who know better.  All I know is that: 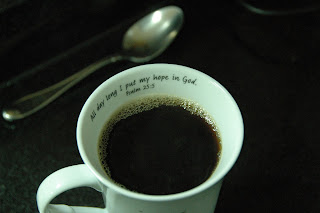 Concerned for my health, my family talked me into spending 3 weeks at a natural health center in India, where various forms of fasting and a rigid regime of daily exercise and naturopathic treatments was to replace my far-from-healthy normal routine. After 3 days of a fruit juice diet, my doctor asked, “Are you ‘regular’ since coming here?” As I shook my head, she wrote something down on the card I was required to carry outlining my daily treatments and ‘meals’. I explained, “My body is missing coffee!” She smiled and said, “I have just prescribed coffee for you!” “Really?!” My eyes lit up with excitement. Showing me the card, I read “coffee enema”.
Posted by Becky Stephen at Thursday, March 10, 2011 No comments: 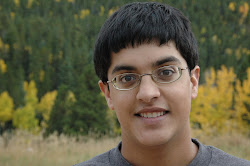 Josh in his new home in the Colorado Rockies